Al Gore on the new era of corporate climate action 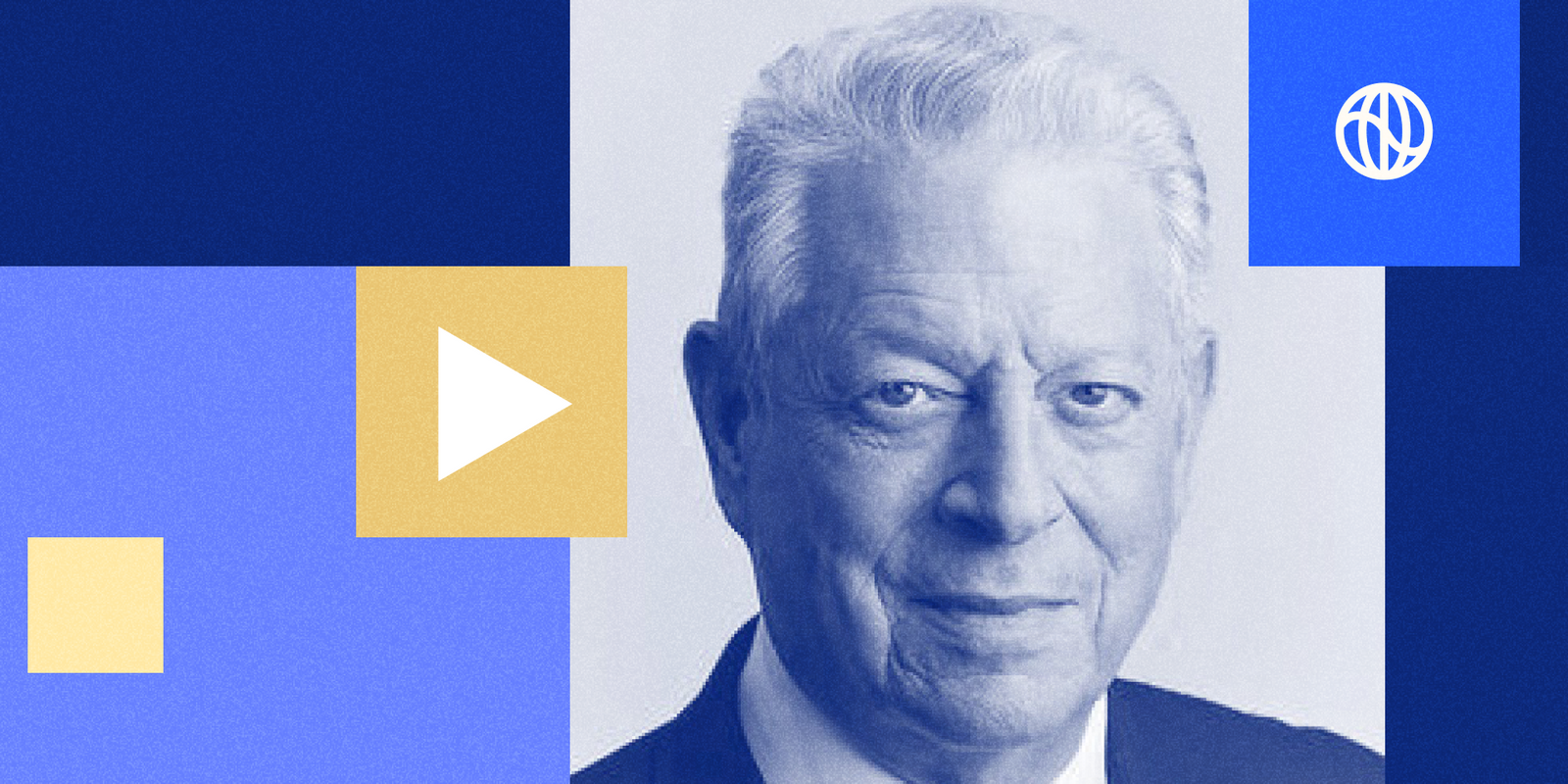 We recently sat down with Former Vice President Al Gore—now a personal investor in Watershed—to get his perspective on where we stand in the fight to solve climate change, and his advice for climate leads at companies.

His main message: “It's time to act.”

Vice President Gore first started thinking about climate change fifty years ago, at a college class taught by Roger Revelle, one of the first scientists to study the impact of rising greenhouse gas concentrations. Later, as a young Congressman, he convened the first hearing in the U.S. House of Representatives on climate change, and invited Revelle to be the lead-off witness.

Since then, he’s spent his life raising the alarm about this crisis. His 2006 film, An Inconvenient Truth, put climate change on the front page, and his Climate Reality Project trained thousands of people—including Watershed co-founder Taylor Francis—to spread the message in their communities. We’re deeply honored to have Vice President Gore as a personal investor in Watershed, and excited to share his perspective with the Watershed community.

On what Vice President Gore would tell his younger self

"I once had a teacher when I was a child who said we all face the same choice in life over and over again. It’s the choice between the hard right and the easy wrong… If I could go back in time, I would tell my young self and others not to underestimate just how hard it can be to activate others and to advocate successfully for something you know is right. If anything, I would tell myself and others to start on this work even sooner and push even harder.”

On the scope of the problem

"[We're using the atmosphere] as an open sewer for 162 million tonnes of manmade global warming pollution every single day. And it adds up, it accumulates… what's built up there already traps as much extra heat every day as would be released by 600,000 Hiroshima-class atomic bombs exploding every 24 hours.”

On the private sector and evolving technology

"The action needed across the global economy is actually quite straightforward. We need to rapidly scale down our use of fossil fuels and at the same time, move swiftly to invest in and deploy the solutions that we already have available to us today… We're in the early stages of a Sustainability Revolution that has the magnitude of the Industrial Revolution coupled with the speed of the Digital Revolution. And it’s based in part on machine learning, artificial intelligence, and the Internet of Things and blockchain, even comparable advances in biotechnology. Taken as a whole, these advances are giving business executive teams the ability to manage electrons and protons and atoms and molecules and proteins and genes with the same proficiency that the IT companies have demonstrated in managing bits of information."

On the importance of firm, immediate action

"For every 2050 net zero commitment, there has to be a clear plan of action—one that outlines clear steps to be taken this decade and that prioritizes real reductions in emissions. Likewise, the ‘net' in net zero can't be a get-out-of-jail-free card that lets companies rely primarily on far-away forest projects far off in the future without doing the work of reducing their own emissions. The time for celebrating vague, distant net zero goals has long passed.”

On causes for hope

"When a company finally does begin to focus on reducing and eliminating its greenhouse gas emissions… it's almost as if they put on magic glasses that allow them to see waste and inefficiency that was invisible to them before. CO2 itself is invisible, tasteless, and odorless. But when you equip yourself to identify it and track it and begin to reduce it, you see inefficiencies that you never could have noticed otherwise very easily.”

“[Working on the climate crisis] should cause a feeling of joy. You don’t hear that word very much in this conversation about climate. But I think it’s a source of joy—to have consequential work that is so important to the future, for yourself, for your children, for your grandchildren. … And when you when you meet up with others who are working on this so hard, you will find a common spirit. Once you let the reality of this challenge really sink in, then you know, it’s motivating.”

Ready to learn about the benefits a Watershed climate program can have for your company?

Stay up to date

Get the latest from Watershed, from policy updates to in-depth climate guides.

The business value of a climate program

How Klarna is making shopping more sustainable for millions

Watershed welcomes BetterClimate to our team!